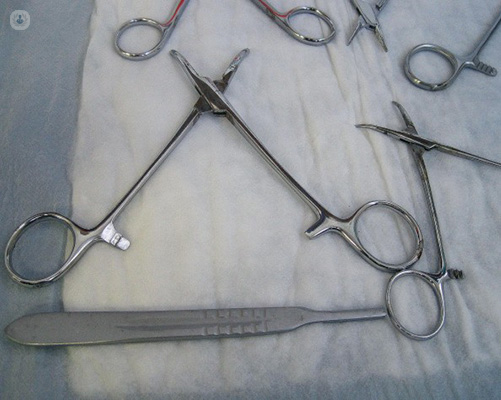 Why is it done?

There are several reasons why circumcision is performed. Some religions and cultures circumcise all male children – this is common in Jewish and Islamic communities as well as several African countries.

There are also a number of medical reasons:

What does circumcision consist of?

The foreskin is removed using a scalpel or surgical scissors to behind the head of the penis and the remaining skin is stitched back together with dissolvable stitches.

Circumcision is considered a very safe treatment. No previous preparation is needed. However, if the patient is going to have a general anaesthetic, they will usually be instructed not to eat or drink anything for several hours before the operation.

Care after the intervention

The recovery of the patient after a circumcision is very fast. Adult patients are usually advised to take a week off work to allow recovery. During this time, it is recommended to wear loose, comfortable clothes. For the first 3-4 days there may be some swelling and discomfort around the head of the penis. Painkillers, such as paracetamol or ibuprofen are usually prescribed to help with the pain. The penis usually heals fully in around ten days. However, it is usually advised not to engage in sexual activity for a full four weeks after the surgery.

Any cookies that may not be particularly necessary for the website to function and is used specifically to collect user personal data via analytics, ads, other embedded contents are termed as non-necessary cookies. It is mandatory to procure user consent prior to running these cookies on your website.